Even if you have a high-end airsoft gun, you wouldn’t mind cranking it up to get more juice out of it. One of the most popular upgrades among players is increasing the replica gun’s rate of fire. So, how can you bump up the efficiency and rate of fire on your airsoft gun?

Here’s how you can increase the rate of fire of an airsoft gun:

Read on to learn more about cranking up your airsoft gun’s specs to get a higher rate of fire.

You should start with the cheapest and easiest replacement. In this case, the battery is the first thing that you should upgrade if you want a higher rate of fire. That’s because speed is the most significant power hog among performance-related factors.

So, if you don’t have enough power, you’ll need frequent charging. More importantly, you’ll have premature wear on different parts, especially the motor.

Plus, when you buy a brand-new AEG, it doesn’t have the battery optimal for high speeds. That’s especially the case when you have a lithium-cadmium battery, which helps you raise your ROF dramatically.

Replacing your battery with a high-performance one will help you improve your gun in every other aspect because the battery greatly affects the gun’s capabilities by providing more current.

For this purpose, the best battery types are lithium-polymer (Li-Po) batteries, which are high quality and long-lasting. Most airsoft guns can run on 7.4V to 12V batteries. So, you can upgrade your current battery to any voltage within this range. The most recommended Li-Po batteries are 11.1 V batteries to increase the trigger’s response rate, torque, and motor speed.

Another thing you should look for in a battery is a high discharge rate. This way, the higher speed doesn’t discharge your battery faster. The C rating of the battery should be 30 or higher with the largest capacity.

When you upgrade your battery, you’ll naturally need to change your connectors to make them compatible. The best choice is dean connectors due to their high resistance and strength. They’re also very easy to connect and improve the performance of your new battery.

Here’s a video on how to install a deans connector:

Another thing that helps you raise your gun’s efficiency and performance is low resistance wires. They create optimized electricity flow and reduce heat generation by lowering resistance.

They also increase the power supplied to your motor and improve its performance. Plus, they need less power to turn into energy, which means higher efficiency. While you can get different thicknesses, a 16AWG is optimal.

Using a MOSFET will reduce the resistance of the gun’s electrical system, complementing the low-resistance wires’ job. The metal–oxide–semiconductor field-effect transistor is a solid-state switch you can buy or build at home.

A MOSFET can benefit you enormously if you have a voltage above 9.6v by eliminating the electric arc between the trigger’s contacts. And since it protects your AEG from any internal damage while increasing its performance, it’s recommended to install a MOSFET in every case, not just for increasing the ROF.

First, check if your gun already comes with a MOSFET since some manufacturers include them in their products. Krytac rifles like the Krytac Trident SPR Mk.2 Electric Airsoft Rifle (available on Amazon.com) come with a MOSFET already integrated, which will save you time and trouble of installing one yourself. 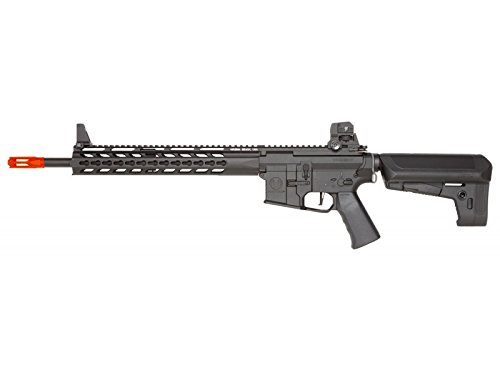 But if you want to buy a new airsoft gun, don’t limit your options by looking for something that already comes with a MOSFET. You can easily install one on any gun.

Guns that come with a low-voltage battery don’t have a MOSFET, though, which means you need to install one and upgrade your battery simultaneously.

How Does a MOSFET Help an Airsoft Gun?

An AEG’s trigger contains two metal contacts. When you press the trigger, these contacts come together and close the electrical circuit to allow the current to flow from the battery to the motor.

High-powered batteries can create such a great electrical current that it can cause arcing between these contacts, making for the trigger’s failure. It can also damage the trigger contact by creating burn marks and accumulating carbon on them.

A MOSFET doesn’t allow the current to go through the contacts, making it flow straight from the battery to the motor. It knows when you pull the trigger through a wire known as a trigger or signal wire. So, it knows when to fire by letting a tiny amount of current pass through the wires and preventing arcing.

There are different types of MOSFETs:

The best MOSFET manufacturers are Nukefet, Warfet, Chimera, and Gate Titan. However, if you don’t want to go into detail about which type to choose, simply go for the good old 3034 MOSFET. It’s cheap and readily available, can handle significant currents effectively, and controls overheating inside the guts of your gun.

Since the motors are the most critical component and the backbone of every airsoft gun, upgrading them can improve the rate of fire up to 40 percent. However, for the same reason, most guns come with the best type of motor available, so you may not need to replace them. But, if you want the ultimate improvement, you can replace it with a more powerful one.

Although most techs recommend high-torque motors for all builds, it’s better to look at other specs before making a decision. That’s because some guns aren’t designed for super high-speed motors, and you may damage your gun’s internals by choosing the wrong type.

For example, if you have an 11.1v LiPo battery, you must get a high torque motor to make sure it increases the trigger’s response time. But if your battery is a NiMh type, a high-speed motor will be a better match.

Plus, no two brands and makes have the same performance even if they’re high torque. So, using these motors with different batteries and gear specs will lead to different torque speeds.

For example, this AOLS AEG High Torque Motor, which you can find on Amazon.com, works with V2 gearboxes providing plenty of power. 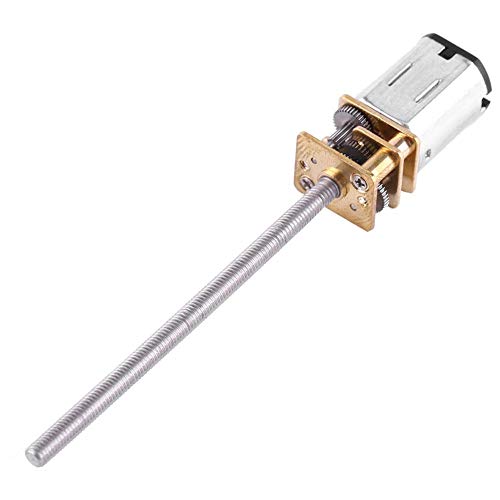 Replacing the gearset requires the maximum level of technical knowledge. So, if you don’t have this know-how, ask a master technician to do it for you, or you’ll end up wrecking the whole thing.

If you don’t know how an airsoft gun works and what parts it consists of, you’ll have difficulty assembling and reassembling its parts.

Here are the most critical factors of the gearbox that you can upgrade:

One of the most important specs of gearboxes you should know is their spin ratio. It refers to the number of spins the sector gear makes each time the motor spins.

For example, if an airsoft gun has a 16:1 ratio, the sector gear spins once when the motor turns 16 times.

Most gun manufacturers ship their products with stock gearboxes of an 18:1 ratio. So, you can get a big bump in your gun’s ROF by changing the gearbox. The lower the gear rate, the higher the speed. So, if your stock gearset has an 18:1 ratio, replacing it with a 16:1 or lower will boost the rate of fire you need.

An important consideration is that you should always combine lower gearboxes with higher-performance motors. So, if you want to change your gearbox, you need to get a stronger motor to power it and get it spinning faster.

In a high-speed setting, the gears spin faster, requiring the piston to pull back fully and wait for the sector gear to raise it and start another shot. If the gear sector picks up the piston earlier than it should, you’ll hit PME, which is catastrophic. To avoid that, use an m130 spring or higher.

Proper shimming plays an important role in the performance of any airsoft gun, no matter cheap or expensive. You may not consider it a factor in achieving a faster rate of fire, but poor shimming can lead to a lower ROF.

After taking your gear set apart, you need to ensure all components and gears are precisely aligned in the gearbox to get a smooth operation.

In addition to a lower rate of fire, poor shimming can translate into a loud noise while firing, premature wear, and strain on the motor.

So, always make sure that you space the gears using shims to get the most contact between the gears’ teeth and minimize the space that gears have to move inside the gearbox. That’s precisely why you should skip upgrading your gearbox yourself if you’re a beginner.

Swiss cheesing refers to reducing the piston’s weight by drilling holes inside it and decreasing the amount of material that the motor has to pull. This way, you’ll increase the cycle time and, eventually, the rate of fire.

When the rate of fire is high, the sector gear engages the piston when it’s not all the way forward. Swiss cheesing can make the piston lighter.

The trick is to remove as much mass from the piston as possible while maintaining its strength. So, you need to make sure the holes you drill inside the piston are in a consistent pattern with equal spaces between them.

Here are other things to consider:

It’s important to remember that Swiss cheesing will not drastically increase your rate of fire. Plus, it may damage the internals of your gun if you don’t do it properly.

Most airsoft guns manufactured these days feature powerful motors that give you a satisfying experience. But it doesn’t mean you can’t crank things up and shoot for better.

Most of the time, replacing your battery with a more efficient one will do the job. But if you want to have the ultimate experience, changing the motor and the gearset will be the way to go, provided that you have the technical know-how.