The semi-automatic airsoft gun offers more benefits than most other types of airsoft rifles. They are simpler, more affordable, safer, and offer the best mix of what you should look out for in an airsoft gun. That is the reason why many people wonder if they can make their airsoft guns semi-automatic.

If you want to make your airsoft gun semi-automatic, follow these six steps:

Here, I provide a breakdown of each of these steps alongside some general knowledge about semi-automatic airsoft guns and why you should make your gun one.

What Is a Semi-Automatic Gun?

It is essential that you know how semi-automatic guns work, as the knowledge will be helpful in the process of making your airsoft gun semi-automatic.

The semi-automatic airsoft gun is also called the self-loading airsoft gun. It works because whenever the user shoots the gun, the action mechanism of the gun automatically reloads the gun’s chamber with another round of cartridges.

In essence, the action mechanism of the semi-automatic gun does the reloading and leaves the actual shooting to the user.

Thus, as long as you press on the trigger, your automatic airsoft will keep releasing shots. However, the semi-automatic will wait for you to pull the trigger again before additional shots get fired.

How To Make Your Airsoft Gun Semi-Automatic

However, the most common upgrade people perform is changing their mechanical spring guns into semi-automatic ones, and as such, that is what I will primarily focus on here.

The process of making your airsoft gun semi-automatic is not complicated. You only need to apply the tricks that I outline here:

1. Get the Necessary Tools

Surprisingly, you don’t need any complex tools to get your spring airsoft gun firing like a semi-automatic one.

The tools you need include:

This method does not require you to decouple the gun or take out all its parts. All you need to dislodge is the magazine. It is located right at the bottom of the gun, underneath the handle.

The main reason you should remove the magazine is so that you (and everyone around you) remains safe while you’re working on transforming your gun. It simply makes the process a bit more hitch-free. The magazine bears the pellets or projectiles that are released anytime you fire the weapon.

When testing it out, keeping them inside the gun is somewhat dangerous, especially when the trigger is still intact.

3. Ensure There Are No Remaining Pellets

You want to ensure no more pellets or BBs are lurking around inside the gun. You can do this by cocking the action mechanism and aiming it at the pile of clothes or the pillow you set aside earlier. Then press the trigger to empty the remaining BBs.

4. Widen the Gap at the Top Rear of the Gun

The next step is to locate the tiny gap at the top rear of the airsoft gun. This hammer is usually right at the rear of the gun. It often sits right in front of the gun’s hammer.

You should aim to force the gap open to create a small hole. This hole should measure about an inch (2.54 cm). Once you have achieved this, you can stop.

Put the magazine back in its place and put some projectiles in there.

It is that simple!

5. Test Out Your New Semi-Automatic

Once you’ve finished converting your gun to a semi-automatic, it’s time to test it out and ensure that it’s working properly.

You can test your gun by aiming at the clothes or pillow you brought out for this purpose. If you completed the conversion successfully, the gun should get to autoload better.

6. Try Out the Alternative Method

You may want to try out the alternative method. This is a bit more complicated, and you need one essential tool you may not have in your toolkit.

The key tool you need is a set of LiKee Magnetic Balls, available on Amazon.com. Because they are magnetic, these balls are joined together. Neodymium magnets are rare-earth magnets and are usually stronger than conventional magnets. 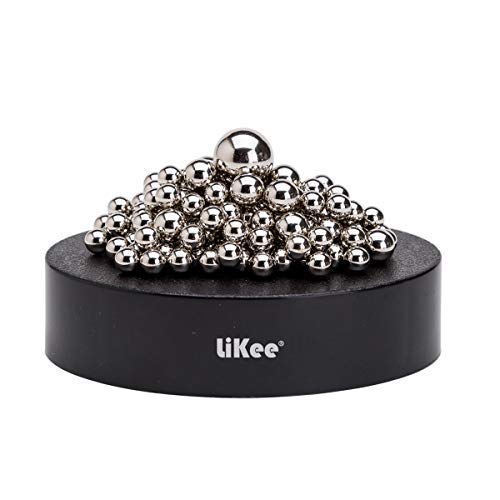 Apart from this, you will also need a soft material such as a piece of small foam.

The steps to take are as follows:

Why You Should Make Your Airsoft Gun Semi-Automatic

Because its work is lighter than the automatic airsoft, the semi-automatic gun is much simpler, both in build and operation.

This comes with many perks. For one, fewer parts are working together to make the gun work as expected. This means that the chances of the gun malfunctioning are relatively reduced.

The reduced instances of malfunctioning translate to less risk of damage or harm resulting from using your airsoft to get decent entertainment.

Oiling your gun can be a task sometimes, with all the precautions to which you have to adhere. However, you take on more work if you go with a gun with the maximum number of parts packaged therein. Conversely, if there are fewer moving parts, the gun as a whole is easier to maintain.

What’s more, lesser parts generally mean lighter weight. You don’t want to be bogged down by your gun during use and then get worn out after a day out carrying something heavy. You are out there to have fun, and that shouldn’t bring about physical stress.

The semi-automatic offers performance comparable to the automatic, though with less trouble in maintenance, weight, and reduced propensity to malfunction.

Less Use of Resources

This invariably translates to using much more inputs in the same period than the semi-automatic does.

For one, it will use a lot of power. If it is electric automatic airsoft, the battery will get depleted and used much faster. If it is a gas gun, you should expect to see your gas run out quicker. The same applies to the automatic spring gun.

Then, with the automatic airsoft, you get to use up a lot of pellets or BBs as well.

You really will not like it if your gun becomes a source of regular expenses, especially when you need to get new supplies at too frequent intervals.

In addition to the above, the combination of its simplicity and comparatively lesser use of resources, semi-automatic airsoft guns tend to be more affordable, both at the initial purchase and in terms of upkeep.

Due to fewer materials, the semi-automatic is generally cheaper. Plus, you won’t be incurring as many costs during use as you don’t shoot as many BBs or pellets. Also, neither will you be using up energy from gas or your battery in the case of an electric gun.

One key attribute of the semi-automatic is that it puts the control in your hands, and as a result, helps achieve safer and more protected usage.

The automatic airsoft gun can put you on course for more significant damage or harm due to the sporadic and non-stop release that you get when you place your hands on the trigger.

Imagine a scenario where you unknowingly aim at the wrong targets or objects. With the automatic airsoft, you most likely would have sent at least a few pellets or BBs in the direction of the object.

However, by then, some major damage might have been done. That is long before you realize that you may be making a mistake.

Let’s take, for instance, you unwittingly aimed at the head of a passerby on the shooting range who is not protected by a helmet. Some pellets to the head might cause varying degrees of injuries.

It’s also possible you could hit someone in the eyes, which is even more dangerous if that person isn’t wearing protective goggles.

What’s more, automatic guns are much more powerful than semi-automatic airsoft weapons. This means the intensity will be higher, likely leading to potentially greater damage.

The semi-automatic does not have all of these. Since the shots come out at a more controlled pace, you quickly know if you have aimed at the wrong objects before sending even more shots in the wrong direction. Also, less ferocious power means less damage.

This means that shooting is much slower than when using a semi-automatic. This slower pace of releasing shots simply reduces the fun in the game.

On the other hand, the semi-automatic gun possesses autoloading capabilities, which means you’ll take care of the work (loading the gun with multiple pellets) before you shoot. All that is left for the user is to pull the trigger.

A Mix of Both Worlds

One thing that the semi-automatic airsoft gun gives you is balance.

If you want to compare the semi-automatic weapon, you will pair it with either the mechanical spring gun on one hand and the automatic rifle on the other. Both of these guns come with significant downsides.

For the mechanical gun, the action mechanism is largely manual, so the user has to do a maximum amount of work for a very minimal pay-off. This can get significantly slow.

However, the automatic gun is a “trigger-happy” gun, with the ability to fire sporadically without stopping.

There are noteworthy downsides in terms of costs and the potential for damage and injury.

The semi-automatic regulates all of these drawbacks, offering you a wholesome experience.

You can make your current mechanical gun into a semi-automatic one. The above steps provide simple instructions on how.

All you need to do is follow the process to get your semi-automatic airsoft gun.