Airsoft guns are a great alternative to real guns, and they provide a lot of fun with little risk of injury. However, by design, they aren’t nearly as loud as regular guns. In fact, many airsoft owners look for ways to make their guns more realistic and louder.

How to make airsoft guns louder:

Let’s take a closer look at these methods and see what is best for your airsoft gun. 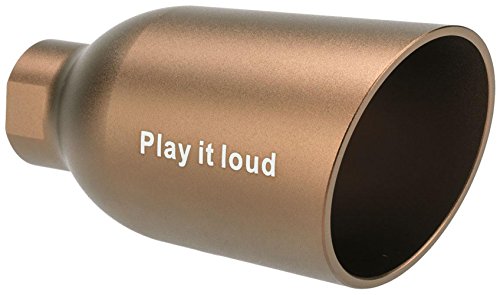 The easiest way to make your airsoft gun louder and sound more like a real gun is to purchase an amplifier. Amplifiers attach to the end of the barrel and allow the sound of the gun to project.

They generally won’t give you as much sound like a real gun, but they’ll make your airsoft gun louder.

There are many different options available if you’re looking for an amplifier. If you’re looking for good quality with a reasonable price, check out the Evike Angel Diesel Amplified System (available on Amazon). Its slanted opening increases the sound and makes the “pop” sound of the gun more pronounced. Plus it’s easy to install and pairs with almost all airsoft guns.

If money is a little tight right now, then buying an amplifier may be out of the question. In this case, there are DIY options that can save you money and still provide the loud sound that you want when firing your airsoft gun.

For example, check out this DIY amplifier. This website also has a DIY suppressor. So, make sure you are following the amplifier instructions only.

HPA airsoft guns are technically gas guns, but they’re more unique. You get to choose the amount of air pressure in your airsoft gun—more air pressure means a louder gun.

If you’re serious about converting your airsoft gun to an HPA system, then it’s something you can do yourself. You’ll have to purchase the system, but installing it is relatively easy with these directions.

If you want a loud noise when firing your airsoft gun, make sure to choose an HPA system that provides the most air pressure. The more air pressure, the louder the gun will be.

The method won’t work the same way it would for a real gun because you can crush your airsoft gun. So, you need to be careful when removing part of the barrel.

To get this done, consider using a pipe cutter as it won’t crush your gun or change the shape of the barrel as you cut it. Make sure you cut straight and only cut off enough to get the desired sound.

Remember that cutting off too much of the barrel can affect velocity. So, while it’s fine to remove some, too much can affect the performance of your airsoft gun.

4. Remove Rubber From the Piston Head and Cylinder Head

The rubber on the head of the piston and cylinder are there to reduce the sound and protect them from getting marked or scratched.

Removing the rubber will allow your piston head to make contact with the projectile without a muffled sound. Though it will not be as loud as a real gun, it will create a louder “pop” when the gun is fired than when the rubber head is on.

A downside of removing the rubber is that it may cause marks or small dents where the piston head meets the projectile. So, be aware that there may be minor cosmetic deficiencies inside your gun. Other than that, you’re not likely to experience any significant issues.

Though this is a simple process, it can certainly make a difference with the sound your gun produces.

5. Avoid Electric Airsoft Guns As They Are the Most Quiet

Electric airsoft guns are the quietest. So, if you’re looking for a loud airsoft gun, definitely try a gas-powered device.

Gas-powered airsoft guns are the loudest because they release the air pressure that forces the projectile forward. The puff of air is loud because it is so powerful. The amount of force needed to move the projectile at a decent velocity creates a bigger noise than the airsoft guns that use electric power instead.

Because gas-powered guns work harder to send the projectile forward, electric guns will have more velocity. So, there will be more power behind the shot of an electric airsoft gun compared to a gas-powered one.

So, consider a gas-powered airsoft gun for a louder option, although you will sacrifice some velocity. It will help you get the louder shooting experience that you want.

Airsoft guns tend to be quiet, especially when compared to real guns. But if you want yours to be louder, there are some easy ways to achieve that. So, try out the suggestions in this article and see if you like the results.