Airsoft guns throughout the years have grown to a cutting-edge sport with professional players, improved quality of airsoft guns, and competitive strategies. This includes specifying the performance details of an airsoft gun, which consists of measuring its FPS. An FPS is an abbreviation for “Feet Per Second,” (0.30 m/s) which denotes the velocity of the BBs traveling from the barrel of an airsoft gun up to hitting its target.

Here’s how you can measure the FPS of an airsoft gun in 6 easy steps:

To become a professional player in airsoft games or just a competitive airsoft gunner, you must consider several points to win games. Knowing how to shoot and handle an airsoft gun alone won’t win you competitions (yes, you can make some money winning airsoft tournaments); you should also know the performance of your weapon. To get yourself ahead, continue to read the details of how you can measure the velocity of your airsoft gun in six simple steps.

1. Prepare the Tools and Equipment Needed

Measuring the FPS of your airsoft gun can actually be done for free. That is, if you have the right tools and equipment, you can get your weapon’s shooting velocity as accurately as possible without spending a single penny.

Most of these listed items are typically available in any household, so you can just try to check if any of these are in your home.

Here’s the entire list of tools and equipment you need to measure the FPS of your airsoft gun:

If you don’t have any earbuds at home, I recommend the Panasonic Earbud Headphones from Amazon.com. These are wired in-ear headphones perfect for exercising, with three small, medium, or large earpads. These headphones stay in your ears while keeping surrounding noise out.

The earbuds have tonally balanced in-ear stereo audio with crisp highs and deep low notes, plus broader frequency response and positive sound quality for recorded audio. In addition, its 3.6 feet (1.1 m) cord is long enough to make it comfortable in connecting through clothes and bags. 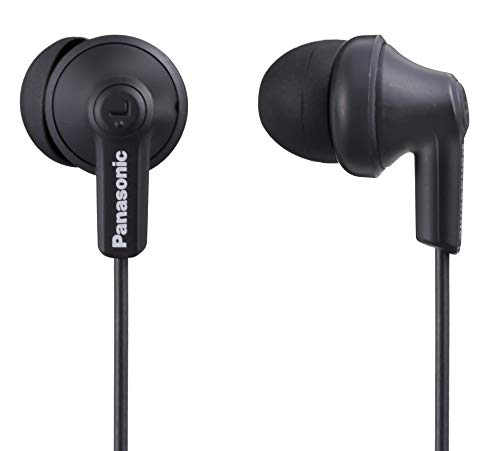 Prices pulled from the Amazon Product Advertising API on:

Product prices and availability are accurate as of the date/time indicated and are subject to change. Any price and availability information displayed on [relevant Amazon Site(s), as applicable] at the time of purchase will apply to the purchase of this product.

2. Set the Cardboard Box As the Target

Take your cardboard box out and set it up as your target for the airsoft gun.

Your airsoft gun should be located directly in front of the cardboard box. It mustn’t be less than 1.5 feet (0.46 m) between the hole of the barrel and one side of the box.

You can easily measure their distance in between by using steel tape or measuring tape. The length of at least 1.5 feet (0.46 m) creates enough travel distance for the BB after being shot out of the barrel and hitting the box.

For airsoft guns with higher FPS, stretching out the distance between the barrel and the box to two or three feet (0.61 or 0.91 m) is recommended.

After measuring at least 1.5 feet (0.46 m) of distance, put a mark on that distance, so you can quickly return to it when you already need to pull the trigger for the test. You can do this by using your tape as labels or marks for the required distance of the test.

Just make sure that you won’t pull the right earbud out of the cardboard box since this will put you back in step two. Once everything is positioned correctly, you can now proceed to the next step.

When you start browsing for an audio recording app for your computer, you can have a wide range of selections as designed by different developers. You can also use an online audio editor and recorder that are already available when you search online.

However, what I can recommend for you to use is Audacity. It’s a free and open-source digital audio editor and recording application software available to most operating systems in the market, such as Windows, macOS, Linux, and other OS.

You can grab the latest version of Audacity for free; just make sure you have the recommended four gigabytes for the memory and two gigahertz for the processor speed.

If you have problems downloading or installing Audacity to your computer, you can refer to this three-minute video on how you can quickly install it:

Now that you’re done setting up all the tools and equipment required to measure the velocity of your airsoft gun, it’s now time to record a fired shot. Just don’t forget to plug in your earbud to the microphone socket on your computer. This is to make your earbuds work like an audio receiver or a microphone.

Then, return to the required distance between the airsoft gun’s barrel and the cardboard box. If you marked the space earlier with a tape or any other markers available, you shouldn’t have any problems returning to it.

Now that you’ve already returned to the minimum distance of at least 1.5 feet (0.46 m), you can now start recording on your audio recording app. Once you’ve started recording, that’s when you fire the first shot.

For firing shots from your airsoft gun, make sure to hit the center of the plastic board sheet you used to cover the hole of the cardboard box. This is to maximize the sound being produced by the BB after hitting it.

Then you’ll notice two clear sounds produced after firing. The first sound is the one created at the end of your airsoft gun’s barrel, while the second sound is at the center of the plastic board sheet after you hit it.

Remember that the right earbud is connected to the cardboard box, while the left earbud is attached at the end of your airsoft gun’s barrel.

The recorded audio graph on Audacity is initially set to minutes. You can easily adjust this to seconds by zooming in to the Audacity screen. Once you notice that the audio graph becomes bigger, then the time difference between the two audio graphs should become noticeable.

After zooming in on the two audio graphs, you should now select or highlight the time difference from the start of the top audio graph to the beginning of the bottom audio graph. When you already highlighted their time difference on the screen, there should be a display of how much time it differs right after firing the shot and right after hitting the cardboard box.

If you’re using Audacity, the time displayed on the screen should be in seconds.

The resulting number should give you the ft per second (0.30 m/s) or velocity of your airsoft gun.

If you have a longer distance between your airsoft and the box, like two or three feet (0.61 or 0.91 m), then simply use that distance you used before to divide it with the recorded time difference. And the quotient will always result in your gun’s FPS; just make sure that the units used are always feet for the distance and seconds for the time difference.

To better understand and visualize, you can watch this three and half minute video about measuring the FPS of an airsoft gun.

The tools and equipment used in the video and the procedures are similar to what I explained in this article. You can also refer to it for future reference.

Airsoft games continue to become more competitive as time goes by. This is because both players and airsoft guns are constantly being improved over the years. Battle tactics and strategies are also regularly being developed to help players easily win a game or competition.

So just knowing how to shoot or handle an airsoft gun will never be enough to be victorious in any games. A player should always be ahead through having experience and enough knowledge about the weapons, tools, and accessories being used. And measuring the velocity or FPS of your airsoft gun is definitely not an exception.