If you’re reading this, then you’re probably having some issues with your spring airsoft pistol. After all, it’s no fun when your gun malfunctions in the middle of a game. Luckily, fixing common spring airsoft pistol problems can be easy and inexpensive (most of the time).

Common spring airsoft pistol problems include leaking air, a malfunctioned trigger, BBs not loading into the magazine, and gun not cocking. To fix them, apply gun oil to the main seal, unblock the trigger, replace the magazine, or replace worn-out parts, respectively.

Airsoft guns are prone to several problems, especially if you don’t handle and maintain them properly. If you want to know more about these common problems and why they happen, and you want to learn how you can fix your spring airsoft pistol on your own, read on!

1. My Airsoft Gun Is Leaking Air

There are several reasons why an airsoft gun might be leaking air.

You can prevent this problem by applying gun oil to the main seal, where it presses up against the blowback cylinder. Just be careful not to apply too much oil, or you’ll risk getting it all over your magazine and BBs.

You could also try to find a thicker O-ring and replace the thinner one you have right now.

This video shows how to replace an airsoft firearm’s O-ring:

If that doesn’t work, it’s time to take out your airsoft gun and replace the faulty main seal and piston head.

Sometimes, the trigger may not pull when you shoot your gun, making gameplay a frustrating experience.

The problem occurs if something is blocking the trigger from pulling back, such as dirt or paint fragments in between where the trigger meets its housing.

Getting everything unblocked and moving should solve the problem.

The main reason why people have trouble loading BBs into the magazine is that there might be a small cut or tear in the rubber gasket (O-ring) between the piston head and the magazine, which allows air to escape through this gap instead of pushing out onto your BBs.

You’ll need to take off the magazine and replace this piece if you think it’s damaged because a torn O-ring won’t stand up against a powerful spring.

Also, applying a black marker or duct tape can sometimes improve how well the magazine seals up against other parts while firing until you have time to get a replacement part.

Another reason why an airsoft gun will stop feeding is that either dirt or paint fragments get into the magazine and break off parts that push down on top of your BBs. Fixing this problem ASAP requires opening up the magazine and cleaning out all of the debris inside.

You’ll need to get some electrical or duct tape and patch up all of the broken pieces inside so that your gun will work properly again.

Usually, when a spring airsoft gun gets old enough, a simple pull back on the slide to load a round in the chamber becomes impossible because it simply won’t move anymore.

This can be frustrating, whether you’re competing or practicing.

If the gun is old enough that you can see some wear on internal parts of your gun’s body, it might be time to replace such parts.

There are replacement slides for most models of airsoft guns, so you should have no trouble getting this fixed up again in no time.

However, if the whole slide isn’t broken or damaged, it’s probably just stiff because dirt or paint fragments have gotten into these important workings and jammed everything up.

Getting rid of this unwanted stuff is easy to do by taking apart the slide and cleaning it off with a paperclip or drill bit while being careful not to lose any pieces that move things along.

Another thing to try is lubricating some parts with a little bit of WD-40 (available on Amazon.com) or other lubricants, but test it out first to ensure that you aren’t going to damage anything further. 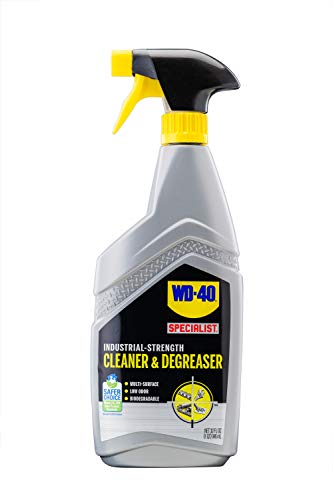 The safety catch on your gun might be getting stuck in the “safe” position, which will prevent it from firing when you pull the trigger without first disengaging it. This can cause many inconveniences since you won’t use your gun until it’s fixed.

You should first check and make sure that the safety pin on your gun is still there because sometimes these get removed during games accidentally.

If the safety pin is still there, the most likely reason the gun isn’t firing is that something isn’t lined up properly, and the safety can’t engage correctly.

If everything else seems to be working just fine, you might need to tighten up the bolts that hold your receiver and trigger assembly together. You can also lube it up a bit with some WD-40 to make sure that everything moves as smoothly as possible before you go back out for another round of airsoft.

You can also find this video helpful:

6. Airsoft Pistol Only Shoots One BB at a Time, Not Continuous

There are two different problems here, one of which is easy to fix but the other requires a little more tinkering on your end. You should first check and make sure that the magazine inside isn’t clogged up by debris that prevents it from moving freely.

Sometimes, debris can get stuck in the magazine’s loading chamber, or it could be damaged, which would make your gun unable to load the next round when you pull back on the charging handle.

If there isn’t any clogging or damage in the magazine, it’s most likely that your spring is broken and needs to be replaced before you can go back out and shoot stuff up with your sidearm again.

Here’s how you can fix your pistol when it doesn’t shoot continuously:

Fortunately, most airsoft pistols use springs of similar lengths, so they’re easy enough to find replacements for.

7. The Airsoft Pistol Misfires and Jams Up Every Few Shots

A misfire usually means that something prevents a round from actually firing when the trigger has been pulled. For spring airsoft guns, this could be caused by several different problems:

If cleaning or adjusting your trigger contacts doesn’t work, there might be a problem with the magazine spring, which would need to be replaced before you can get back out on the field.

In addition, if you’re using an automatic airsoft pistol, it could also mean that your battery is either too strong or not strong enough, which would require some experimenting with different types of batteries until you’ve found one that works best for what you need.

8. The Barrel Is Hitting the Slide and Not Releasing Properly

The barrel getting stuck in a forward position can prevent your gun from shooting properly because it won’t have room to move the BBs up into the firing chamber where they should be going.

This problem is usually caused by the magazine spring being too strong, making it press down on the next round in line before shooting.

However, this could also be caused by residue or other debris that has gotten stuck inside your gun’s barrel and isn’t letting anything go through until after several attempts.

If taking apart your magazine to clean out any clogging doesn’t work, then the best thing to do would be to remove the magazine entirely and see if there are still problems when trying to shoot. If not, then simply replacing the old spring with a lighter one should solve the issue.

If this doesn’t work, then there’s probably something wrong with your gun’s actual internal mechanics, which would require taking it apart and tinkering around to get things working again.

Replacing the entire spring assembly might be the last resort if all else fails.

9. The Trigger Won’t Pull Back All the Way

This problem is usually caused by something inside or near your trigger mechanism that’s stuck, preventing it from moving when you pull on the trigger itself.

This could happen because of residue building up over time, especially if you haven’t maintained your gun regularly by keeping it clean and lubricated.

However, if you recently tried shooting it without realizing that it wasn’t cocked or fully loaded, there might be something wrong with its internal components that need to be looked at before using your gun again.

If you’re certain that the problem is caused by residue clogging up your gun’s inner parts, then the best thing to do would be to take apart your trigger mechanism and clean out all of the build-ups.

If this doesn’t work, the cause could instead be that your magazine spring is too strong, which would only mean taking it off replacing it with a lighter one so you can get back out on the field while still being able to shoot smoothly.

Spring airsoft pistols are a great way to introduce learners to the world of shooting and gun safety. But, like any other piece of equipment, they can malfunction from time to time. It’s crucial to ensure your gun is in good condition before using it – otherwise, you might end up with one (or more) of the common problems mentioned in this article.

However, if you’ve done all necessary maintenance and still can’t get it to work properly, you might need to take your gun apart and reassemble it with some replacement parts.