You enjoy shooting your airsoft, but it’s just not the same as firing a real weapon without that kick. You’ve heard that airsoft blowback guns provide recoil and a more realistic shooting experience, but you’ve also seen “half blowback” guns on the market. What’s the difference?

A full-blowback airsoft gun moves the slide backward and provides a feeling of recoil with each shot. On a half-blowback gun, the slide does not move, and there is less recoil. While blowback makes shooting more realistic, blowback guns are more expensive and have more failure points.

If you’re trying to decide between a full-blowback and a half-blowback gun, this article will provide you with the information you need for an informed decision. Read on and find out more.

Most airsoft guns are powered by pressurized gas, usually propane mixed with silicone oils or “green gas.” With a blowback gun, the slide moves backward and cycles up the next round. You can feel the jolt of that sliding movement and the kick of its resistance as you hold the gun. 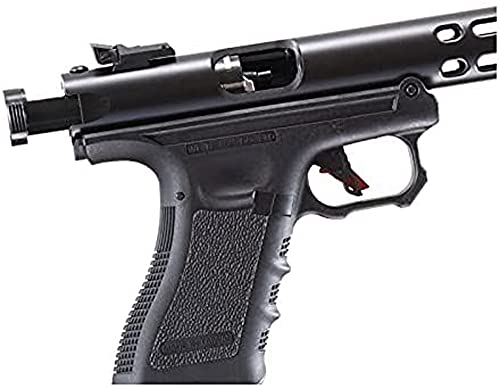 Since 2018 the US Coast Guard has used a SIG-P29 blowback airsoft replica in training exercises for close-quarters battles. The recoil simulates the feel of a conventional gun and lets trainees develop muscle memory and learn proper weapon handling, with less risk of dangerous accidental discharges.

This realism is the greatest advantage of full-blowback guns. Simply put, they feel more like shooting a real firearm. The reloading with each shot mimics the action of a semi-automatic handgun, and the blowback kick emulates a firearm’s recoil.

Non-blowback electric gearbox (AEG) rifles, the most common alternative to blowback rifles, make a distinctive high-pitched sound as they load another BB into the chamber. Some shooters find this a disadvantage during competitions, as it helps opponents pinpoint their location. Gas-powered airsoft guns are considerably quieter.

Because of the extra machinery required, blowback guns are heavier than a comparable non-blowback model. This can be an advantage, as it makes them feel more like the original weapon in your hand. Many say the extra weight gives blowback guns better balance when shooting.

If your full blowback gun gets its power from the gas magazine’s reservoir, that means you are using more propellant with each shot. It can also mean an fps drop, meaning your shot won’t go as far or hit as accurately.

Blowback adds extra complexity to your airsoft gun, and every moving part is a part that can fail. A full blowback gun will need regular maintenance. If neglected, you may find your weapon failing at the worst possible time.

The magazine’s gas reservoir also means that you are restricted to low-capacity magazines. Most gas rifle magazines hold between 30 and 40 rounds, while most gas pistols hold 20 to 30.

Your blowback rifle may feel more realistic in a battle game. But if your opponent is carrying an AEG rifle, they will be able to carry a lot more ammunition. 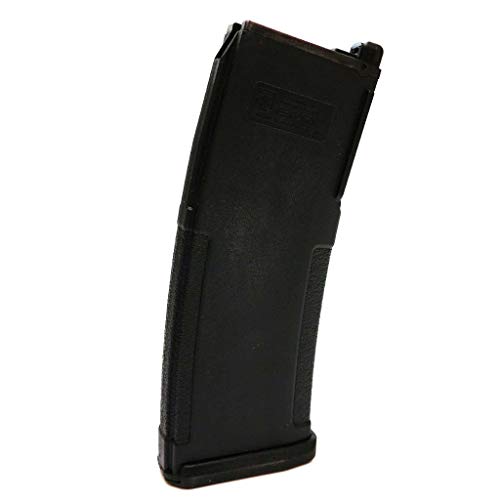 Half Blowback: A Basic Overview

Half-blowback guns use gas to reload the next BB, but the slide does not move while shooting. This preserves the loading action shooters expect from a semi-automatic pistol but offers considerably less recoil and lacks the satisfying slide click of a full blowback gun.

Pros of Half Blowback

Half-blowback guns are most frequently powered by CO2 cartridges rather than green gas. CO2 works better than green gas in lower temperatures and can produce higher muzzle velocity since the CO2 in the cartridge is pressurized to around 12,000 psi.

Because they have fewer moving parts, half-blowback guns are generally less expensive than comparable full-blowback models. And some shooters find that the lighter recoil helps them shoot more accurately.

Cons of Half Blowback

While CO2 offers some advantages over green gas, it can get considerably more expensive in the long run. According to Salt Supply, once penetrated, a CO2 cartridge is good for 21 shots or 24 hours, whichever comes first. At that rate, you can easily go through a small box of 12 cartridges in a day of shooting.

Unlike green gas, CO2 cartridges contain no silicone lubricants to grease your gun as you shoot. To compound problems, CO2 is stored at much higher pressures than green gas, so CO2 shooting is harder on your gun. And while you can dissemble most full blowback guns for repair or customization, this is not possible with half blowback guns.

Many half-blowback guns are cheap copies of full-blowback models by larger manufacturers. These guns are largely lightweight plastic and notoriously unreliable. This has given half blowback guns a bad reputation among many airsoft gamers.

Full Blowback vs Half Blowback: Which Should You Choose?

You should get a full blowback gun if you want to get as close as possible to the full firearm experience. A half blowback gun (often sold as “non-blowback” gas guns) may be best for those who prefer the added accuracy and lighter weight.

Ultimately the choice between a full blowback and half blowback gun comes down to personal preference. The most important thing to consider when shopping is to get the best gun you can afford. Toward that end, here are two recommendations for well-performing airsoft guns.

The Lancer WE-Tech Galaxy Gas Blowback Airsoft Pistol (available on Amazon.com) is a full blowback made as a replica of the Ruger MK4 with a metal body and slider assembly and a polymer frame. Lancer’s rifles are known for their accuracy and durability, and the WE-Tech will provide you with hours of green gas-powered firearm fun. 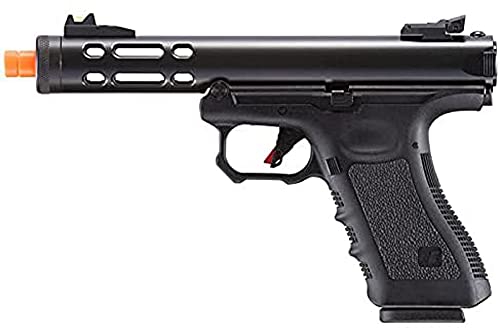 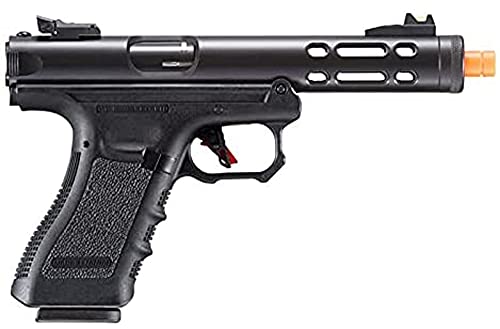 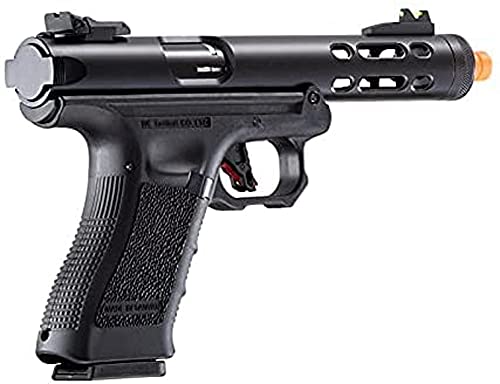 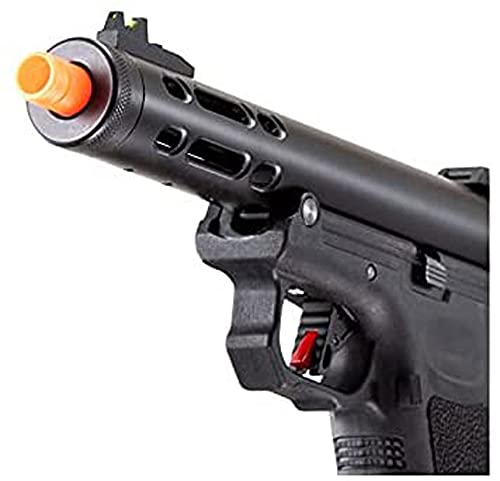 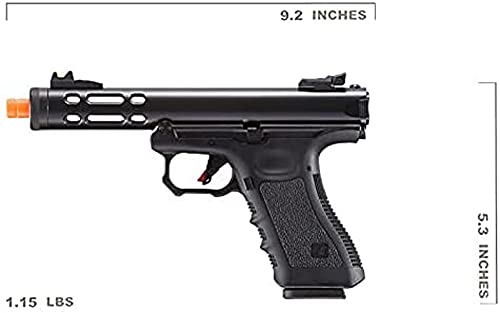 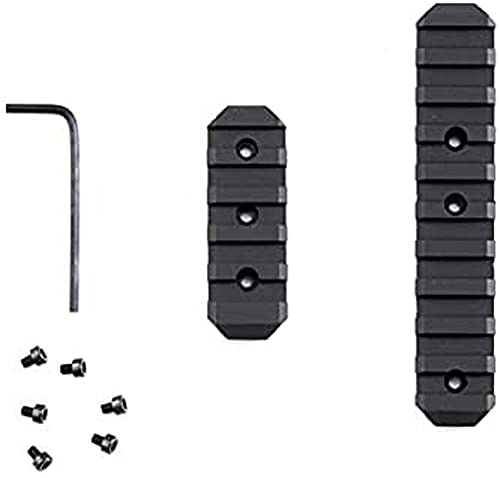 The Umarex USA GLOCK 19 Gen3 (available on Amazon.com) is a great halfback that receives good reviews for its Glock-like feel and handling. While it lacks full blowback, the Umarex Glock 19 Gen3 is a reliable and relatively inexpensive way to practice your pistol handling while saving money on ammo and range time.

It should be noted, however, that some complain the trigger action is too long and the gun does not fit in many regular Glock holsters. 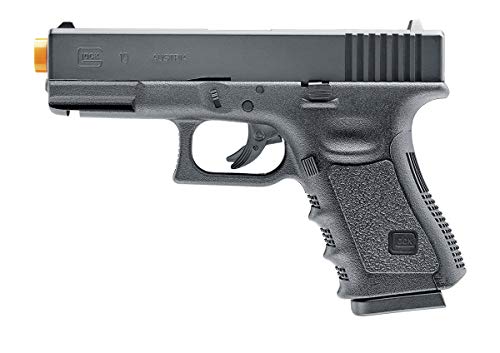 Whether you want to shoot at targets, compete in games, or practice your firearm handling, you can find an airsoft gun that suits your needs. Now that you know more about blowback, you will have an easier time finding the airsoft gun that’s just right for you!