Paintballing is an extremely popular sport across the United States. Any paintball player knows that one of the most important pieces of paintballing equipment is the paintball gun. If you’ve been playing paintball for a while, it may be time to invest in your own paintball gun!

Before you invest in an automatic gun, you need to make sure the brand and model you’re buying are worth the cost. To help with that, we’ve compiled this list of the 7 best automatic paintball guns you can buy: 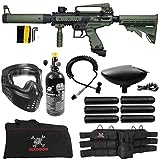 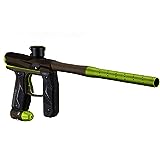 The Stock barrel could be better

Best For Kids and Young Players 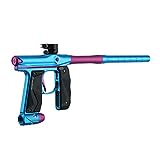 I have spent dozens of hours researching, comparing, and also testing different paintball guns. I came up with a list of full-auto paintball guns that are a combination of the best traits that a paintball gun should have. Durability, price/performance, user reviews, customer satisfaction, how accurate they are, and a bunch of other things.

This guide explores the ins and outs of these guns and explains why they’re the best options on the market. We’ll also look at the advantages and disadvantages of each gun. To learn more, read on.

Please note that some of the guns I reviewed aren’t currently available on Amazon due to a lack of production materials.

I have just released a great article on the most accurate paintball guns available (buyer’s guide), you can check it on this link.

Tippmann is one of the best paintball gun manufacturers in the market. The Tippmann Cronus Paintball Gun (available on Amazon) is one of their most popular editions.

This gun is perfect for beginners and intermediate players, as it’s affordable and upgradable.

Here are some of the most important features of the Tippman Cronus Paintball Gun:

This gun is available only in one color; tan and black.

Tippman offers a one-year limited warranty on its guns. It also has a dedicated customer care service that you can call if you need help with the gun.

Here are some of the advantages of the Tippman Cronus:

Most users think that this gun has only one major disadvantage; it’s relatively heavier than all the other guns in this category. This may affect how fast you can move while you’re playing.

The Azodin Blitz 3 Paintball Gun (available on Amazon) is one of the most popular paintball guns on the market. It’s lightweight, affordable, and durable. It has a streamlined design that makes it extremely user-friendly.

Here are some of the main features you need to know about the paintball gun:

Since it’s been launched, the Azodin Blitz Paintball 3 Gun has received positive reviews from a collection of users. Some of the advantages of this model include the following:

However, this gun does have a couple of drawbacks. These include:

Like Tippmann, Sypder is a well-known name in the paintball industry. It is known for making cheap, but reliable paintball guns.

This Spyder MR100 Paintball Marker (available on ANS Gear) is an affordable paintball gun for beginners. Here are some of its main features:

This gun can be bought with a starter kit that includes a fog proof mask, a carbon dioxide tank, a paintball harness, and a set of paintballs.

Sypder offers a warranty of one year for this gun. However, the warranty is only available for original customers; if you have bought your gun secondhand, you may not be eligible for the warranty.

Here are some of the advantages that the Spyder MR100 Pro Paintball Marker offers:

While the gun shoots accurately, some users have complained that the shots are very slow. This may impact whether you can hit others in the field.

The Empire Paintball Mini GS Marker (available on Amazon) is a compact, affordable gun. It is smaller than other guns in a similar range and is ideal for children. However, adults can also use this gun. It’s best for beginners and intermediate players.

When the Empire Paintball Mini GS was first released, it received a lot of negative reviews and attention. However, Empire took all the feedback and used it to create a better paintball gun that is now a popular option on the market.

Features that the gun boasts include:

The gun needs one nine-volt battery to function.

There are several reasons that the Empire Paintball Mini GS is popular:

Here are some of the reported disadvantages of the Empire Paintball Mini GS:

If you’ve been playing paintball for a while and want to invest in a more professional gun, there are some great options for automatic paintball guns on the market.

The Tippmann x7 Phenom (available on Amazon) is a premium military-style gun. It offers a serious paintball player serious value for money as it can be played on five different modes.

Features of the gun include:

Tippman offers a two-year warranty on this product. It also comes with an operations manual that has instructions about servicing, maintaining, and cleaning the gun.

Some of the advantages of the gun include the following:

Here are some of the drawbacks:

While the Empire Paintball Mini GS is great for amateurs and intermediate paintball players, professionals can look at the Empire Axe 2.0 (available on Amazon). Here are some of its features:

Here are some of the advantages of the Empire Axe 2.0:

Here are some of the drawbacks of this model:

Since its launch in 2014, the Milsig M17 (available on MCSUS.com) has become the weapon of choice for intermediate and experienced paintball players. Depending on your own unique needs, you can select one of the sub-models of the Milsig M17:

Aside from their unique features, the MI17 guns have a collection of advantages in common. These include:

The only thing that users have been dissatisfied with is the stock barrel that the guns come with. Some users have reported that they don’t work well with .68 caliber paintballs.

However, these barrels are detachable, and you can replace them if you are finding them difficult to work with.

Choosing an automatic paintball gun to buy can be confusing. However, based on user feedback and by looking at the features that each gun offers, you can make an informed decision.

The best automatic paintball guns for beginners and intermediate players are the Tippmann Cronus Paintball Gun, the Azodin Blitz 3, the Spyder MR100 Pro, and the Empire Paintball Mini GS.

The best paintball guns for professional or serious players are the Tippmann x7 phenom, the Empire Axe 2.0, and the Milsig M17.

Use this guide as a starting point to make an informed decision. Happy playing!